DIVIDED AS NEVER Since the Brexit vote three years ago, the British Parliament has still not started to leave the EU 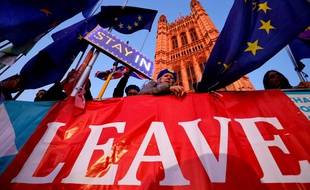 Westminster is at a dead end. British MPs have once again cut Bojo off, this time by refusing the Prime Minister’s proposed accelerated review of the law. The Brexit is therefore still being pushed back. This is enough to drive commentators crazy, more than three years after the popular vote calling for an exit from the United Kingdom of the European Union. But then, why so many blockages? With the help of two experts on the subject, 20 Minutes explains the situation to you.

A Kingdom built around its Parliament

First of all, we must take into account a very British particularity: the United Kingdom has a strong Parliament. “The British Parliament has considerable power over France,” explains Jean-Louis Clergerie, author of the book L’impasse du Brexit (ed. Temps Présents, 2019). In Westminster, the building that houses the House of Commons, there is no equivalent to 49.3, that section of the French Constitution that allows a law to be passed without the vote of the deputies. “In France, we have a kind of democratic monarchy, where the President of the Republic has a lot of power, and power of constraint on Parliament thanks to 49.3. In England, we don’t have the equivalent. The Prime Minister depends on the absolute will of the deputies. We see him there, Boris Johnson wanted to leave the EU on 31 October, we prevented him from doing so,” he recalls. “The deputies even pushed him to sign an agreement with the 27.”

Parliament, therefore, has power and has not refrained from exercising it since the beginning of Brexit, by rejecting three times the famous European Union exit agreement, defended by Theresa May. “The United Kingdom is built around its Parliament,” confirms Philippe Moreau-Defarges, a researcher at the French Institute for International Relations (Ifri).

“Will it leave any traces? Yes, certainly,” warns Philippe Moreau-Defarges. They are already visible in the country’s political life, in parties torn apart by Brexit. “MPs know what they don’t want – a Brexit without agreement – but they don’t know what they want,” he summarizes again.

Conservative, Labour, far-right… Like the British people, MPs are very divided: there is no real majority. The voting instructions of each leader are no longer respected. “Can the Conservative Party survive Brexit?”, “Why is Labour so divided on Brexit?”, the British press asks. “The divisions between Labour and Conservatives are such that elections are inevitable,” says Philippe Moreau-Defarges. “In the United Kingdom, the opposition nevertheless has an essential, recognized, institutional role,” said Jean-Louis Clergerie. But today, this two-party system almost no longer exists. »

To rally the lukewarm and stir up hatred

These divisions also come from the personality of Prime Minister Boris Johnson, according to the specialist. “Boris Johnson is sovereign but he is also an intelligent, opportunistic guy who has long been pro-European,” says Philippe Moreau-Defarges. Today, he is the architect of the United Kingdom’s exit from the EU. And his personality accentuates the divisions. “In his logic, he wants to force the lukewarm to join him. It evokes both hatred and strong enthusiasm,” says the distinguished researcher. As a result, the debates are at a standstill.

“Parliament is unable to have a positive vote, it can only reject things,” notes Philippe Moreau-Defarges. “These are the advantages of democracy but also its disadvantages because the situation has been blocked for three and a half years now,” Jean-Louis Clergerie recalls. Originally, Brexit was to take place… on 29 March 2019. As the European Union has agreed to further postpone the date of exit from the United Kingdom, the next deadline could be 31 January 2020. Almost four years after the exit referendum in June 2016. But until then, anything is still possible.