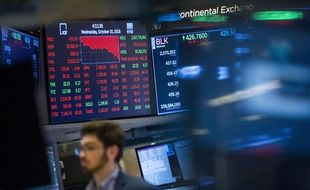 Thursday, October 24, 1929, in the United States. On-board panic in banks, companies, and households. The share price on the New York Stock Exchange (Wall Street) is falling sharply. This was the beginning of the greatest global economic crisis of the 20th century, the result of the bursting of a speculative bubble. Ninety years after this “Black Thursday”, the history of the economy has identified another systemic shock with the global subprime financial crisis in 2007: the collapse of the US household housing market, which led the rest of the world in its wake.

In 2019, can we fear another economic earthquake? 20 Minutes asked four economists about the warning factors. As a preamble, everyone agrees on the importance of remaining cautious. “Economics is a human science, it is not mathematics with calculations,” explains Stéphanie Villers, economist and eurozone specialist.

Companies with too much debt

What would be the crack that would cause the system to fail? “Financial crises very often come from debts that we thought were repayable and that were not,” says David Cayla, an economist, and lecturer at the University of Angers. At first, experts fear the perennial fragility of banks and loans granted. “Banks are typically a systemic player because everyone is affected,” says Anne-Laure Delatte, Deputy Director at CEPII and a financial crisis specialist.

Currently, interest rates are very low in OECD countries such as the United States, Japan, and Europe, “especially the eurozone where we have negative rates,” says Stéphanie Villers. In other words: in this environment, governments, companies, and households are encouraged to borrow from banks and therefore to get into debt. “There is a pile of debts both public and private,” she comments.

“What is worrying is that it reminds us of the mechanisms of the subprime crisis in the United States before 2007,” says Christophe Blot, an economist at OFCE-Sciences-Po. Broadly speaking, these are loans granted to households whose solvency is not guaranteed, and which, once they have become securities, can be found in different institutions around the world. But if fears were raised about households 11 years ago, today it is the loans granted to companies, which already have a level of debt in their own funds, those alert economists. “Companies are too indebted because we have an extremely accommodating monetary policy,” observes Anne-Laure. “The IMF had warned in particular about the growth of these leveraged loans,” says Christophe Blot. David Cayla gives an example with the Altice group in Drahi, France, which has a debt in the billions of euros. “If interest rates rise, he could go bankrupt,” he says. And train the banks in its wake.

The financial capacities of some countries are also a warning factor. The Italian debt has caused some cold sweats to flow through the European Union. “If there were a defect, the consequences in terms of European activity and governance would be very serious,” says Christophe Blot. The Brexit context also raises some concerns. “Companies are investing less and less in the United Kingdom because of a lack of visibility,” notes Stéphanie Villers. “The macroeconomic slowdown in German growth” is also to be monitored, notes Anne-Laure Delatte.

Two world powers are also at the heart of expert monitoring. On the one hand, the United States. Trade war, Donald Trump’s protectionist policy, expansionist measures…” This leads to a slowdown in international trade,” says Anne-Laure Delatte. On the other hand, China and its “rather opaque economy with a financial system highly regulated by the state,” warns David Cayla. “There is a housing bubble and households in debt. And above all, lower growth,” he adds. If there were a loophole in his system, “we would not necessarily enter a global economic crisis, but China is an important economic engine and an important customer of European companies,” he continued.

But the real question that Christophe Blot asks today is the following: “Have we learned from the lessons of past financial crises and put in place a number of instruments to regulate finance and avoid excessive risk-taking? “A priori, not yet, the expert’s judge.